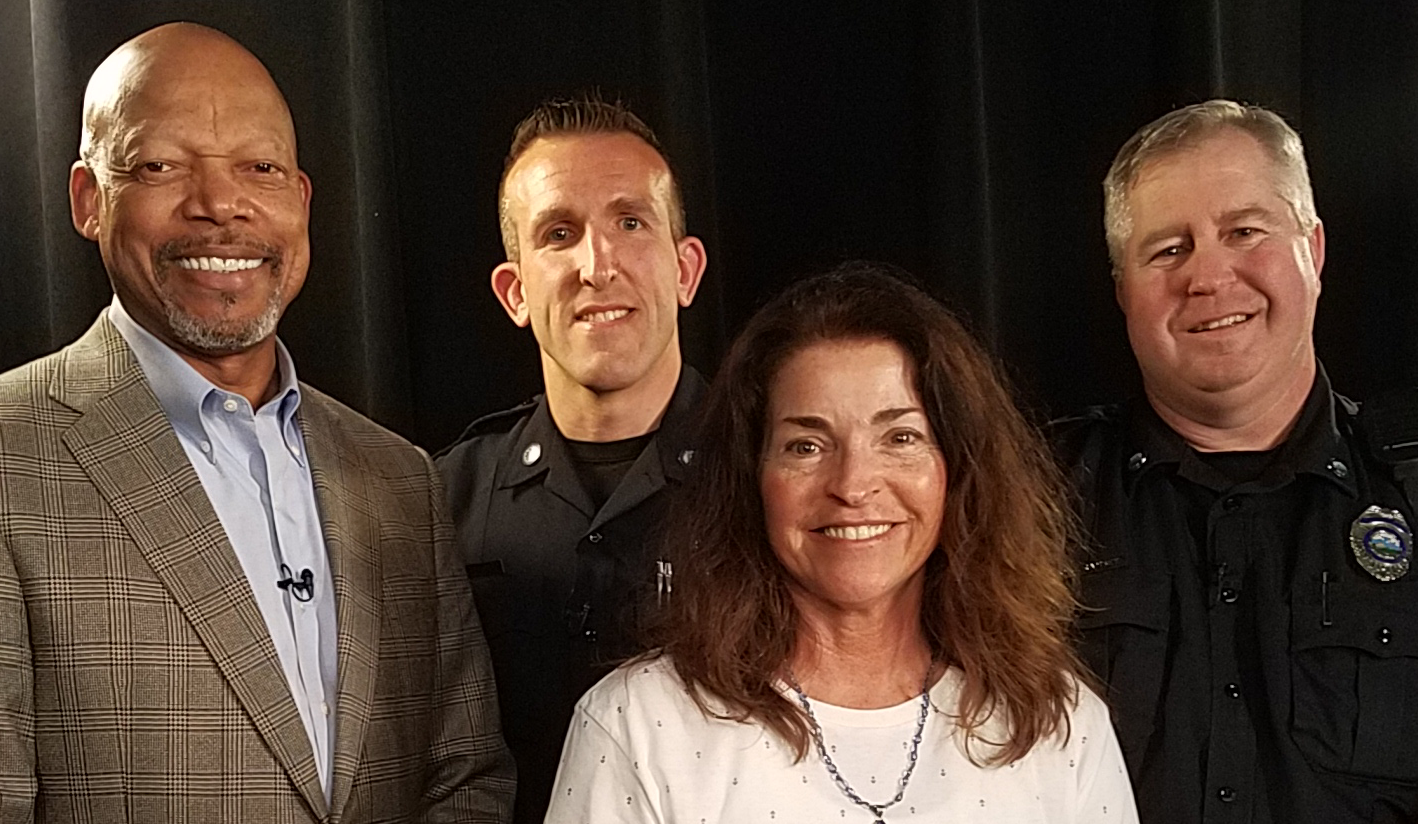 Lori is a resident of Hull, MA. An anti-vaping activist and a proponent of children’s health, she's also the founder of SporTobin, a Hull-based apparel company with custom-made workout clothes. Lori has spoken actively on the South Shore and beyond promoting healthy eating habits and exercise, especially in young children. She also supports a number of local organizations including but not limited to Wellspring, Hull Youth Lacrosse, and Hingham Youth Soccer. Lori is also the founder of Keep Going Kidz, an exercise and health education program.

In addition to her entrepreneurial endeavors, Lori has produced successful shows with Harbor Media, some of which are:

Joseph Collymore-Small is a veteran publishing executive with over 40 years in the education publishing industry having served in senior executive positions with Houghton Mifflin Harcourt and Pearson Education.

A few years ago, Joe began his “encore career” performing under the name of Joseph Collymore as a SAG-actor, voice artist, storyteller, and a TV producer for a community access provider on the South Shore. He's currently co-producing several feature programs including Harborview, Close Ups, and 10,000 Steps To Healthy Living: Joe’s Journey. All of these programs are featured on Harbor Media.

Joe is a long-time resident living on the South Shore. He earned his Bachelor’s in Communications from Providence College.

Mike is a filmmaker based out of Massachusetts with experience in video production and photography. He’s directed various short films and prides himself on community based interactions and experiences.

He is the co-founder of 41st Casanova Productions, a multi-media production company based out of Northern, MA that focuses on growing businesses and helping others through the means of video, photography, audio and graphic design.

After earning his Bachelor’s in Digital Film and Video Production, he made it his mission and purpose to help others get closer to their purpose through using his art and drive to create a community around the importance of creativity and visual storytelling.

Doug is a photographer/filmmaker based out of Metro Detroit with experience in video production and commercial photography. He’s created various documentary style short films and corporate identity marketing and advertising media.

He is the founder of SHYBULL media, a multi-media production company based out of Detroit Michigan that focuses on helping companies brand their message through video and photography. Crafting compelling stories one frame at a time, or, 24 frames a second. Several projects he worked on have chronicled outreach programs that help people get on their feet such as Arise Detroit as well as working with other philanthropic organizations.

After attending the Center for Creative Studies in Detroit, he focused his efforts on commercial advertising photography, eventually making the switch to video production including editing, sound design and motion graphics.

Doug resides in metro Detroit with his wife, three children and their golden retriever named Charlie.

Farzad is a published author with more than 15 years of experience in video production, business management, and teaching cinema. He's produced and directed numerous documentary films, one of which won an Emmy. His other documentaries have been screened at the UN, U.S Congress, U2 Concert, and TV channels in Europe and South America. In addition to video production, Farzad has produced more than a thousand interactive products for educational publishers and entrepreneurs since 2001. He is also the producer of "App Festival," an event for tech entrepreneurs in San Francisco, New York, and Boston.

Farzad earned his Master’s in Media from Webster University and his MBA from Babson College.